Now the water is warming up we can really start to expect some excellent fishing, particularly on commercial fisheries where carp are the target.

The thrive when the water temperatures rise and after a long winter of cold temperatures, they will be eager to feed. So, I thought it would be nice to give you my commercial fishery blueprint that I take to all waters as this time of the year. This is all about having a core of tactics that I can take anywhere and expect success. I travel all over the country to fish big qualifiers and it simply is not realistic to practice these venues and become familiar with the fisheries own niche tactics. So rather than worry about that, I prefer to have my own blueprint that I can take anywhere.

The Short Pole
The first tactic that is essential is the short pole. This is often used early and late in my matches and I use it in two different ways. At the very beginning of any match, I will start short (five to six metres) with hard pellets as the bait. This will often get me off to a rapid start and can sneak me a few early bonus fish before the match really gets going. More importantly though, it allows me to gauge the response of the fish on the day. 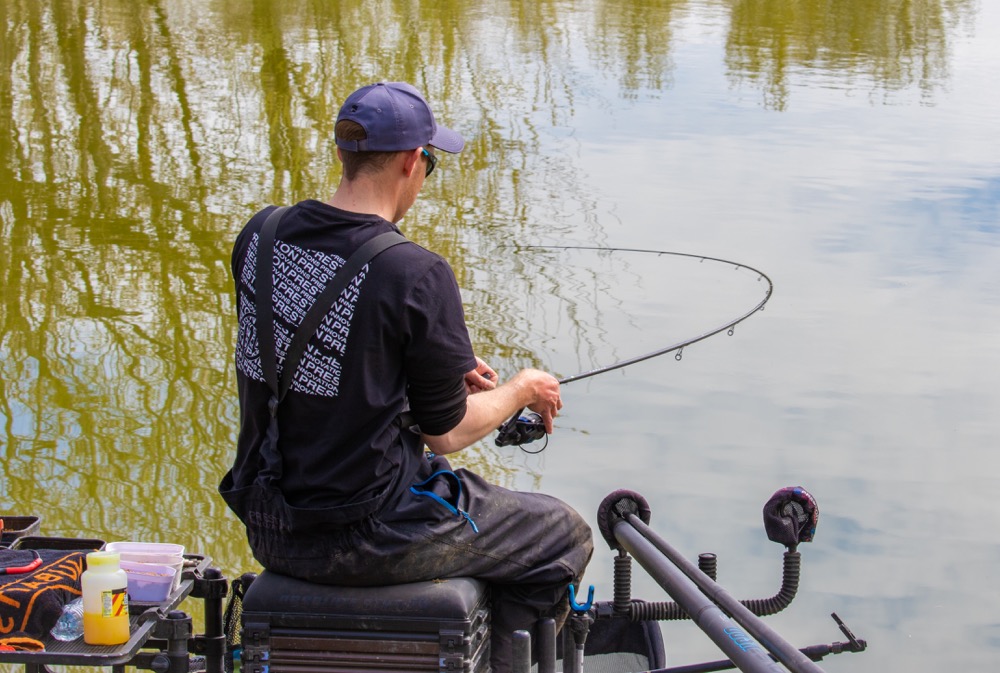 There is no doubt that anglers around me will start on other approaches and I can keep an eye on those anglers and see what is happening. Five hours is a long time and often anglers make the mistake of heading straight out to the ‘best’ area of their swim immediately and can blow their chances immediately.

Fish are often on edge at the start of the match, so I prefer to take my time initially and if the short pole provides me with a few fish then that is even better.

To fish this, I will use a light strung out pole rig with a banded hard pellet. I like a 4x12 F1 Maggot with strung No11 shot. It is then a case of feeding just three or four hard 6mm pellets using a Soft Cad Pot. No big pots of bait, just enough bait to get me a quick bite and give me chance to take stock of what is happening on the lake. 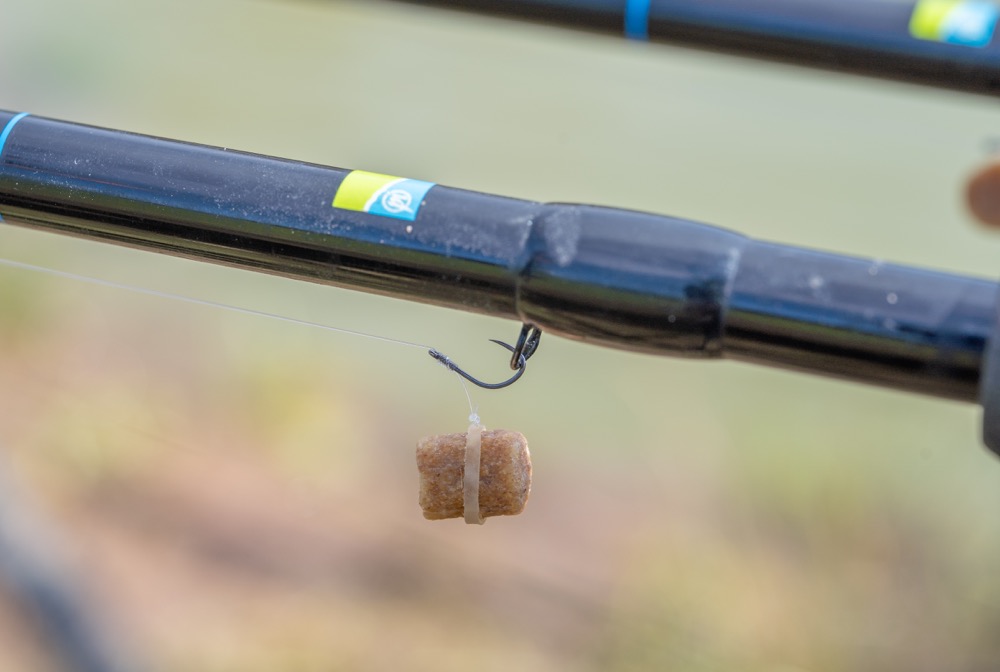 This line may last me 20minutes, it may last me an hour, but in my opinion starting short is a great opening plan in any match.

To flip the script though, in the final hour the short pole can be an incredible place to fish. There are some days where the fish just are not comfortable to feed in the shallow water of the margins, then the five-metre swim late in the day can be fantastic. 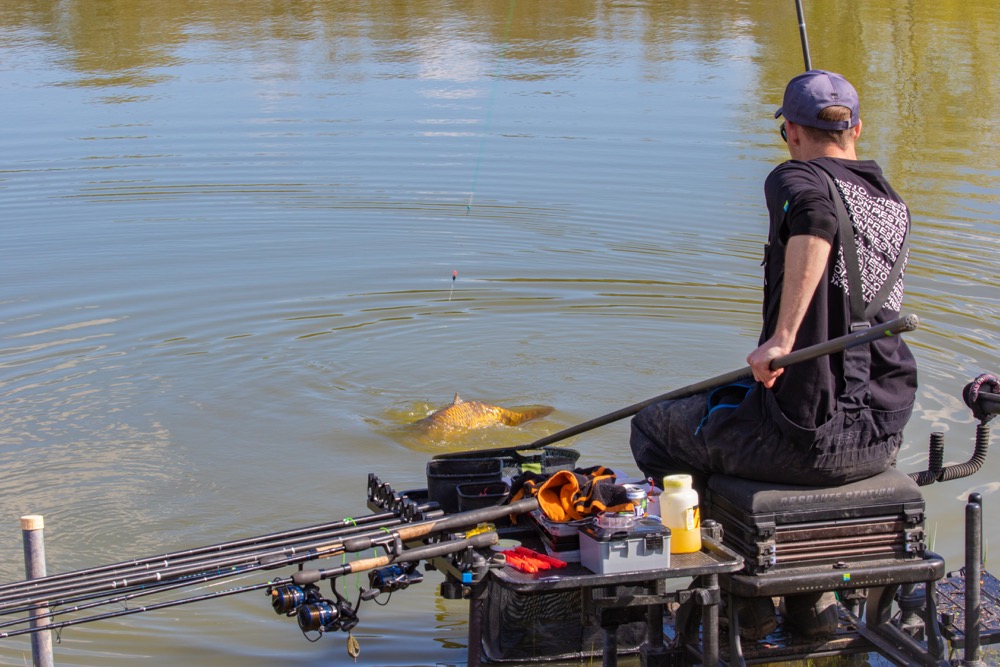 I like to up the ante a little in the last hour though and will often switch to feeding meat or corn rather than pellets. These baits are just a bit more selective and often big fish will be the reward. Again, I will feed it with a pot to start with but am happy to start feeding by hand should I feel the fish are responding.

The Pinging Line
The middle hours of the match are the ‘business hours’ so to speak and are usually the hardest of the match. Often carp will become difficult to catch after the initial flurry of action, but it is important to keep ticking over with the odd fish and that is where the long pole comes into play. 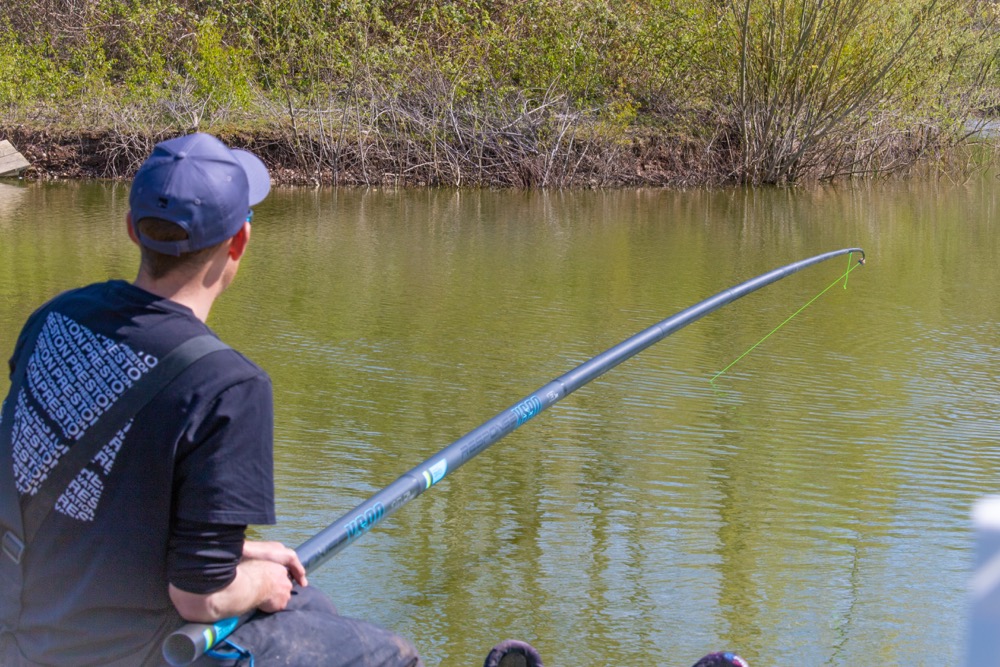 The long pole (13m to 16m) pinging pellet tactic is one of my favourite commercial tactics. It has served me so well and I like it because I am always making a bite of noise and drawing new fish into the swim with the noise of those pellets hitting the surface.

You may not be familiar with the term ‘pinging’ so allow me to explain. Pinging is a term we use for catapulting two or three pellets right onto the float regularly. By regular I will at least feed three pellets every minute or so and this small amount of bait fed regularly is an incredible carp attractor even on hard days.

The constant plop on the surface draws fish and because I am not feeding too many individual pellets, so the fish are still very catchable. If I were to feed lots of pellets, it would become difficult to actually catch the fish and foul hooked fish will become a problem. 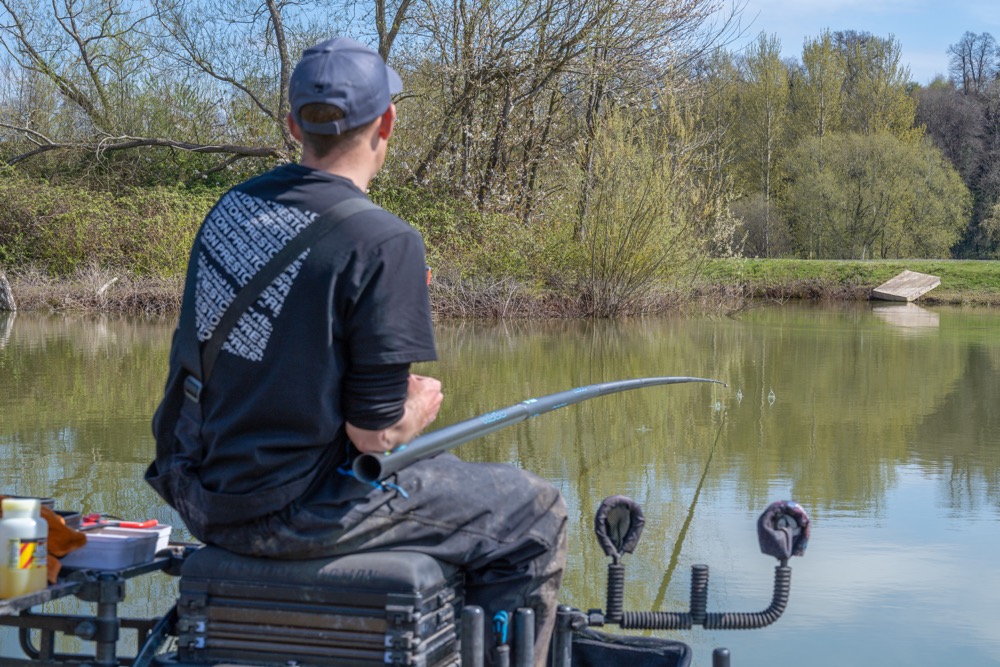 I use a very similar rig as I do on the short pole, a light strung out rig works very well as often the fish will intercept the hook bait on the drop. It is essential to keep the rig moving and I won’t just sit and wait for a bite once it settles. I will be lifting the rig and laying the rig back in every minute or so and the harder you work with this the better it becomes.

It is important to also have a shallow rig set up on your roost. There will be a time in the match where the odd fish starts to feed shallow, and it is essential to put the shallow rig on and try it quickly. If the fish are shallow and feeding you need to try the rig for five minutes – no longer. If they are there you will get a response quickly.

Mugging!
OK so one of the styles of fishing that I am famous for in the UK is mugging cruising carp! It is a tactic that has won me so much money over the years and I like to think I have mastered the technique.

When the water is still cold and the sun it out, the fish often don’t want to feed but will happily cruise about on the surface in large numbers. Mugging is the only way to catch them, and I target them in two ways.

The first is with the long pole and I will use a sensible sized float like a 4x12 Carp Shallow with all of the shot bulked directly under the float stem. This rig will have one metre of line above the float and 30cm from the float and hook. I find this depth to be fantastic for mugging the fish. I will use an 0.15mm Reflo Power hooklength and a size 16 GPM-B eyed with a hair-rigged bait band and my ever-faithful 13Hollo elastic!

The second set up is the waggler and this is my favourite way to fish especially on calm days where the fish are scared of the shadow from the pole. A lovely little 2g or 3g Precision Pellet Waggler on light 0.18mm Float Max allows me to cast decent distances with minimal disturbance on the water. 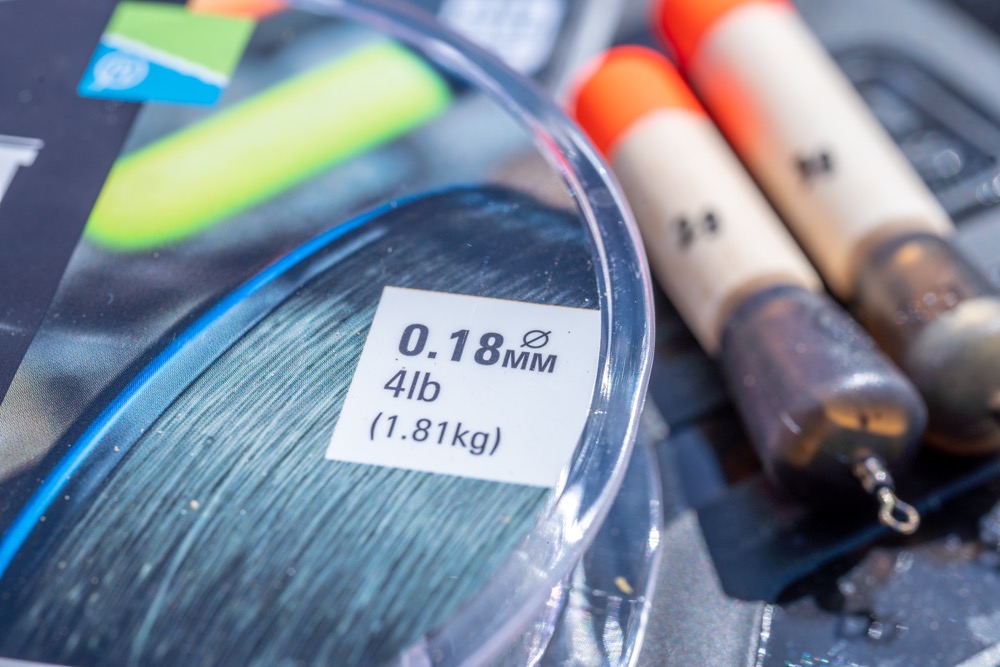 The key with both tactics is observation and by wearing polarized glasses I can observe the water carefully and spot the cruising fish. I try to predict the route the fish are swimming and cast one metre in front of the fish. if the fish comes to the noise, then I will get a rapid bite, but on some days, they are swimming slowly and I may have to twitch the float back into the path of the fish. Work hard with your mugging, keep casting and eventually you will get your rewards and always remember, cruising fish are usually beasts!

Hook bait wise a simple 6mm or 8mm hard pellet is hard to beat for this but if the fish are swimming slower then I will try a red Power Scopex 8mm Wafter. This dark slow-sinking hook bait can really fool those slow-swimming fish.

The Margins
The final aspect of my commercial fishery blueprint is the margins. We all know how important this area of the swim can be and they can truly turn an average match into a match-winning session.

I like to cover my options a little when fishing the margins and providing I had the space I will feed both sides of me and find the same two feet of depth on both sides. The reason I choose to fish both sides is so I can experiment with bait. 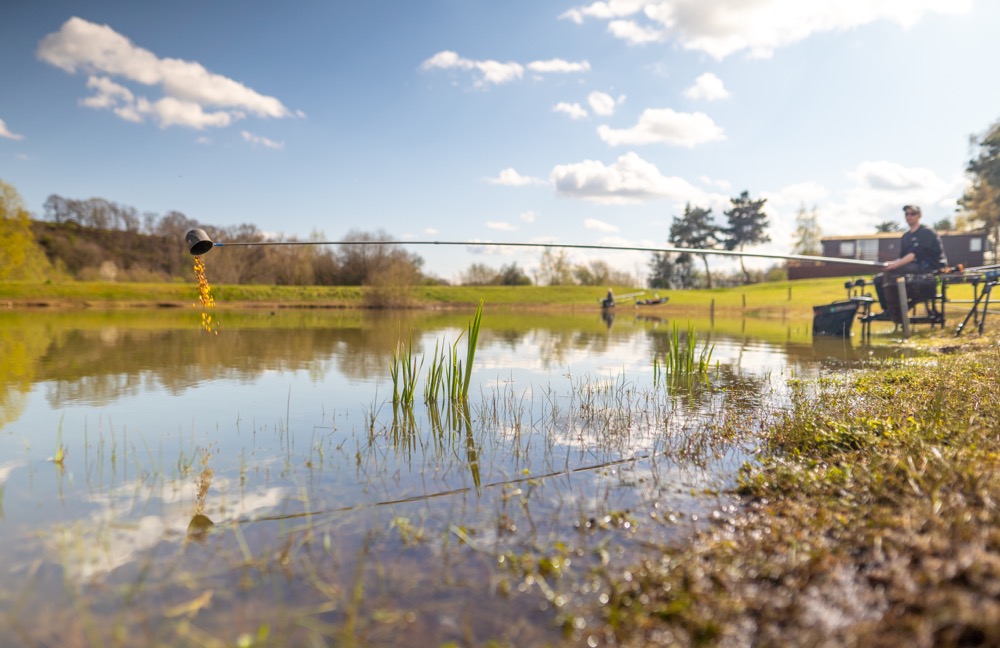 On one side I will cup in four big pots of Power Scopex groundbait with a small amount of dead maggots mixed through. Then on the opposite side I will feed larger particles like 4mm pellets, 6mm pellets and corn. In a perfect world the fish will be happy to feed over the larger particles as the fish are easier to catch over them. But on some days, they really want to feed on the groundbait which is why I give myself the option.

You will notice I fish without a Soft Cad Pot on my pole tip and feed only with the cupping kit. This just allows me to be more deliberate with my feeding approach and I will usually only feed after I have caught a fish on either side. 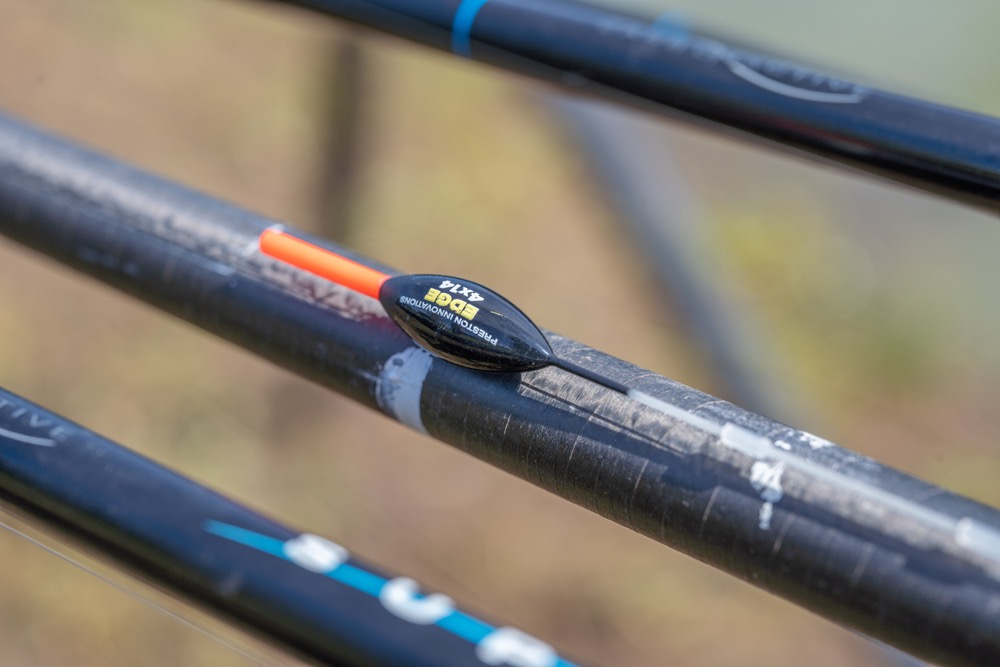 Don’t be worried if you don’t catch on this until the final 30minutes, that is still plenty of time to catch a big weight of fish and it is often the case that the later you can leave it the better the fish respond.

The Summary
So, there you have it, my blueprint for commercial fisheries. Those simple methods are the mainstay of my fishing and I know I can take them to every fishery in the country and stand a great chance of winning! So, give them a try and win some matches this year! 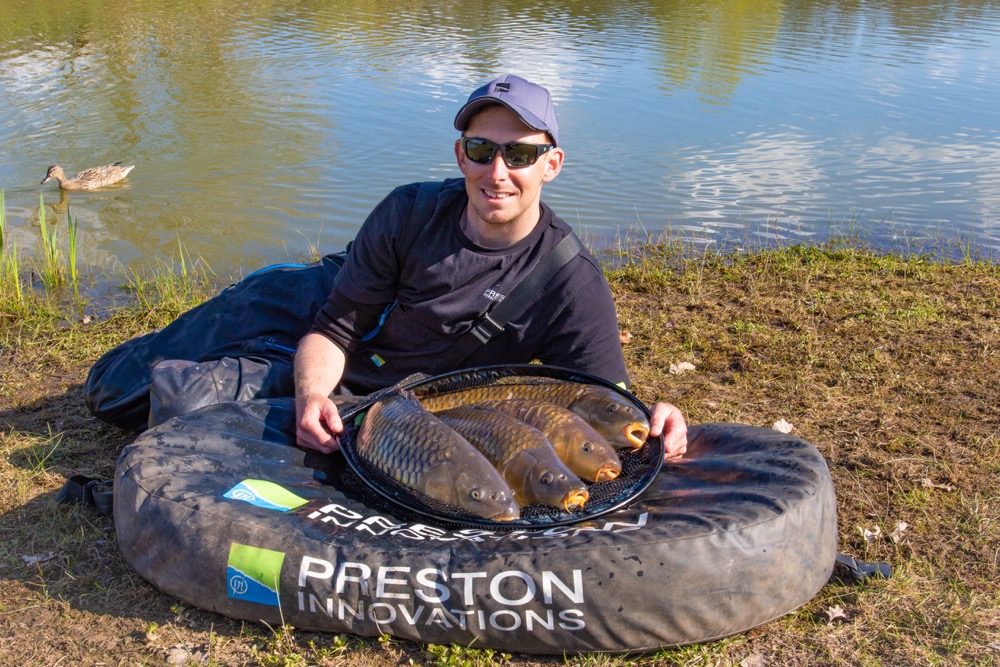 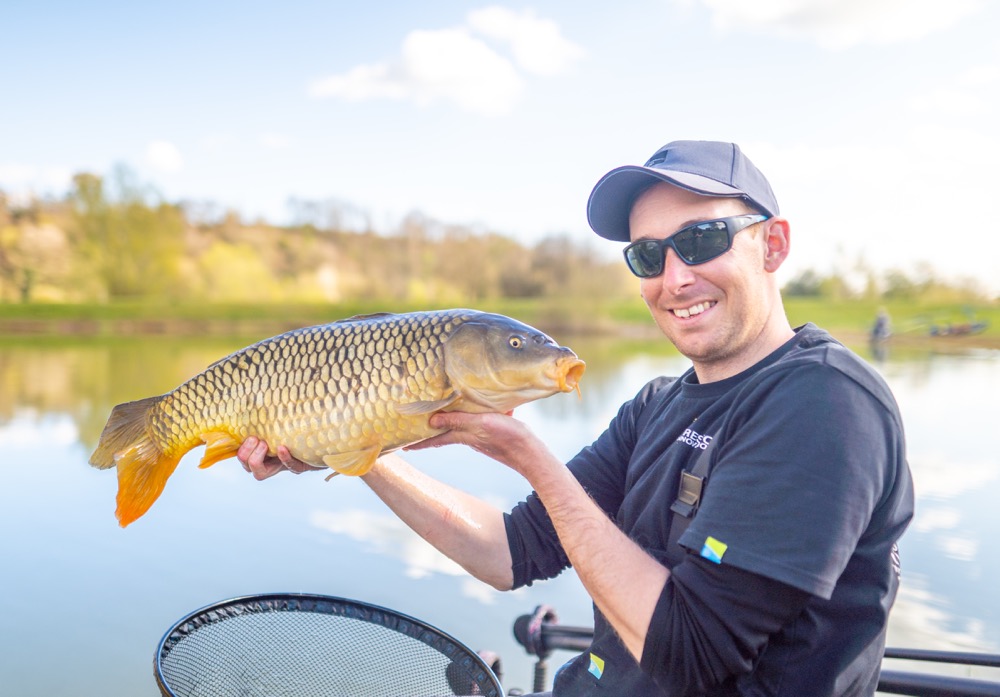 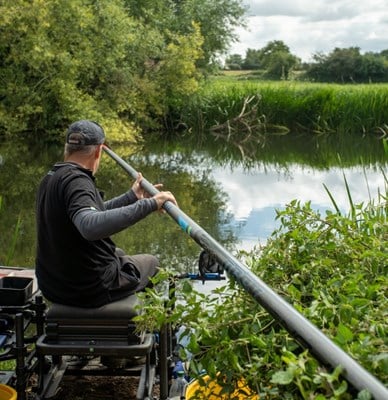 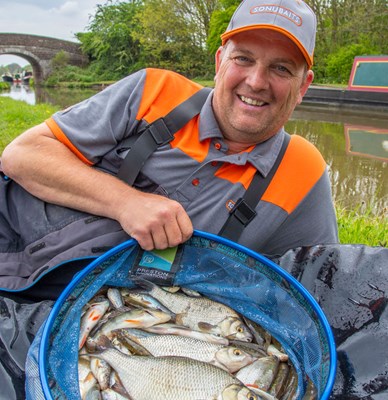 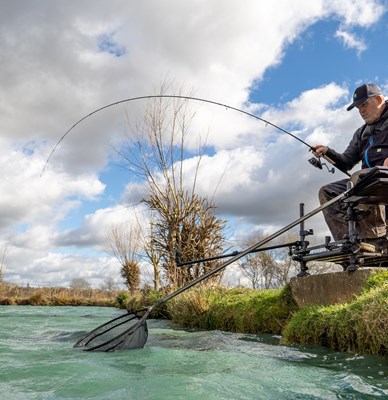 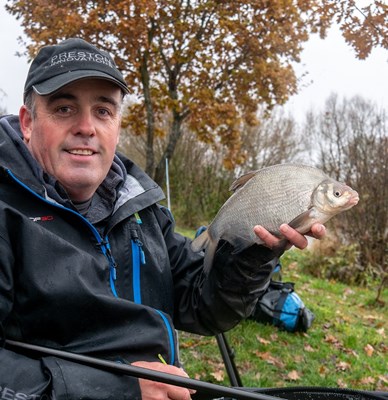 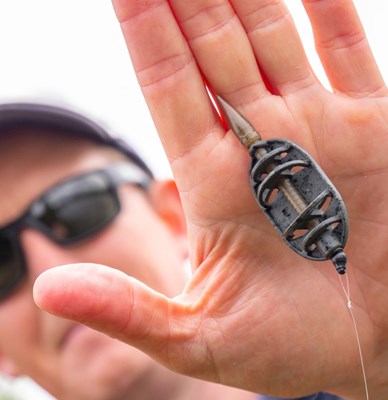 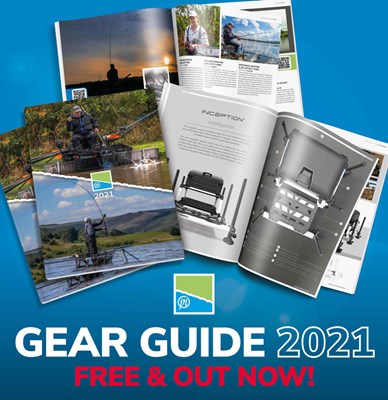 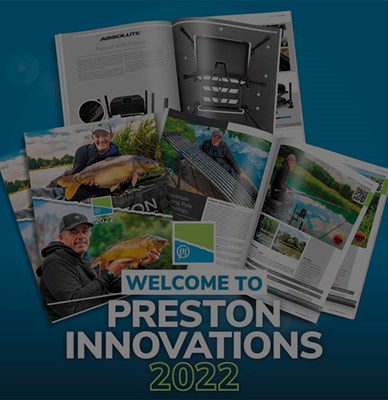 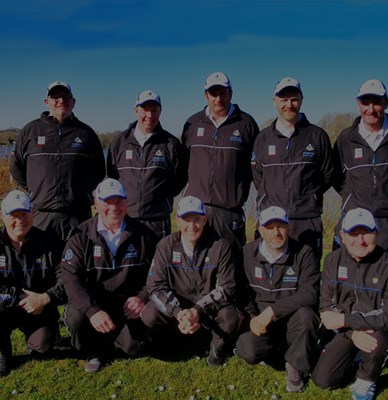 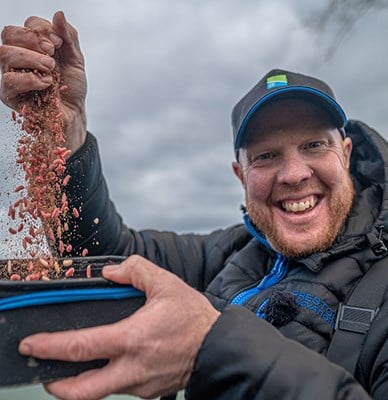